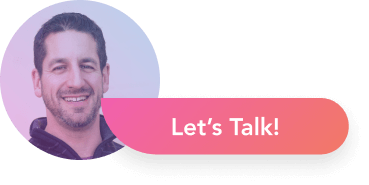 As a serial entrepreneur, I have been involved with numerous technology and software development start-ups for the past 15years. Beginning with my real estate agent matching app developed  at NeighborCity, I currently work with a lot of amazing companies at Ventive, an Inc. 5000 business. Only recently have I realized that my previous and current businesses could have benefited from Research and Development (R&D) Tax Credits.

While I have directed  the development of numerous internal-use applications, SaaS, and software for sale/lease/license. I only became aware of the federal and state R&D credits a little over a year ago. I am willing to make this admission to help other companies realize the untapped pocket of funds available to help fuel growth and innovation.

The R&D tax credit legislation was introduced back in 1981 as a temporary two-year incentive - which has since expired 8 times and been extended 16 times - until finally becoming permanent in 2015. Congress’s intent was to provide an economic stimulus that would encourage investment within the United States and incentivize companies to innovate further. In my opinion, it remains one of the most valuable incentives available that provides immediate cash benefits to U.S. businesses

Unfortunately, I, like millions of other businesses around the country, missed this opportunity to recoup hundreds of thousands of dollars in taxes paid by my previous companies. This oversight happened mainly from my lack of knowledge of the complex tax code, and particularly what qualifies as R&D. My perception was that only state-of-the-art research done by workers in white lab coats  was R&D -  certainly not the kind of software we were developing.

We took huge financial risks in order to develop the Agent Match™ software for NeighborCity, spending millions of dollars on both in-house and contract developers. Given the complexity of what we were developing, I scrapped many versions of the software before we created something usable. After thousands of hours of research, planning, design, development, and testing, I wish I had known my efforts qualified for the R&D tax credit.

I have come to realize that nearly all the costs associated with my development efforts are Qualified Research Expenses (QREs). Conservatively, I believe NeighborCity could have saved more than $300,000 through tax refunds. These funds could have allowed for additional feature enhancements, resolved dozens of lawsuits we fought, or hired additional staff to increase sales and marketing.

Realizing that many companies - including my own - lack the information and the technical expertise to file for R&D tax credits, I founded STRIKE, an R&D Tax Credit advisory firm. I’ve assembled an exceptional team with all the technical, legal, and financial expertise needed to maximize the tax benefits for Ventive. STRIKE is uniquely positioned to assist your software and technology business save money on your tax filings - let me provide you an initial estimate of how much you could be saving!

Do you have a project that you'd like to discuss?